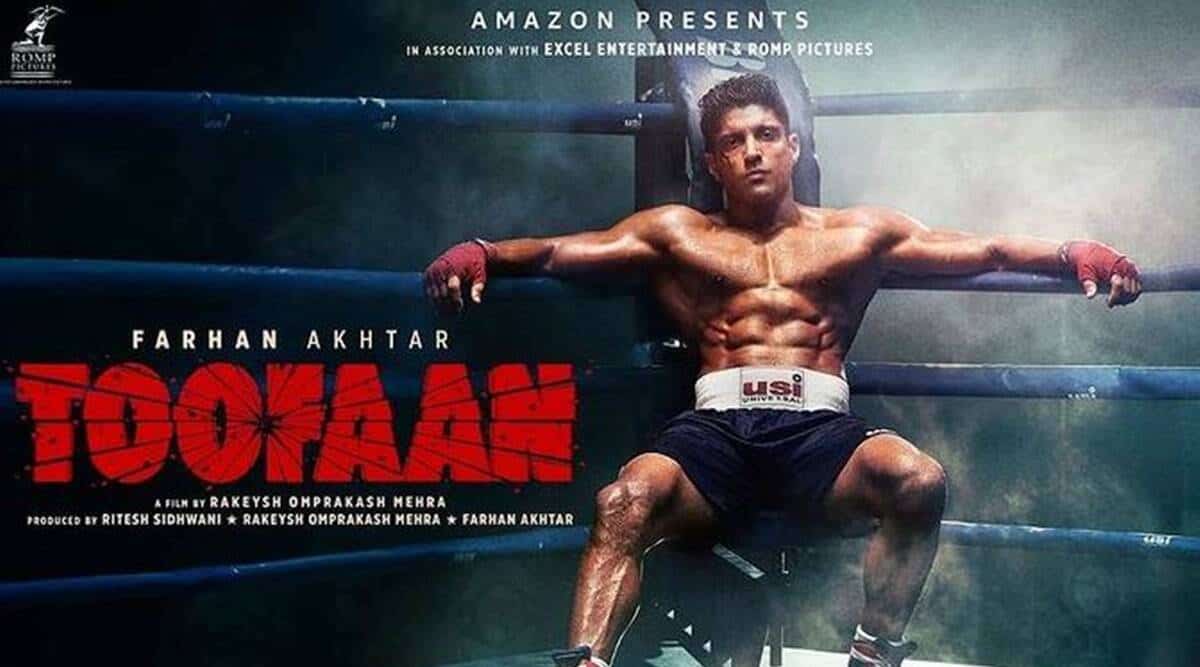 Toofan: Cast and release date has been officially announced

Toofan is an upcoming movie its story is about a national-level boxer from the streets of Dongri, who is set against the backdrop of boxing but this movie it will show how he falls and come back with a victorious win after fighting against its all odds in life.

Its initial release date was previously fixed on 18th September 2020 but due to the Covid-19 pandemic, it was delayed for an indefinite period. But on March 10, 2021, Amazon Prime Video has announced that the film will be released on their platform in May 2021.

Later the release date was postponed due to the outbreak of the second wave of the coronavirus. Recently Farhan Akhtar has announced its release date. He said that it will now stream on Amazon Prime Video on 16th July 2021.

Announcing the release date, Farhan wrote on Twitter, “With humility, love and in dedication to the fighting spirit of the beautiful people of our nation, our film ‘Toofaan’ will be releasing on July 16th. #ToofaanOnPrime.”

Farhan has previously said in a statement that was released in May that he is more focused on helping the community in these testing times and would postpone his film’s release.

“The situation in India is truly heart-breaking, and we at Excel Entertainment and ROMP Pictures send our thoughts and prayers to everyone affected by the pandemic. In light of the severity of the situation, our focus is completely on the pandemic and on supporting our employees, their families, and helping the wider community. Therefore, we have taken the decision to postpone the release of our film ‘Toofaan’ until the situation improves. We will issue an update regarding the new release date in due course of time,” the statement had read.

Previous article
Bell Bottom: Everything you need to know about its release date and cast
Next article
Sergio Ramos to bid Goodbye to Real Madrid!