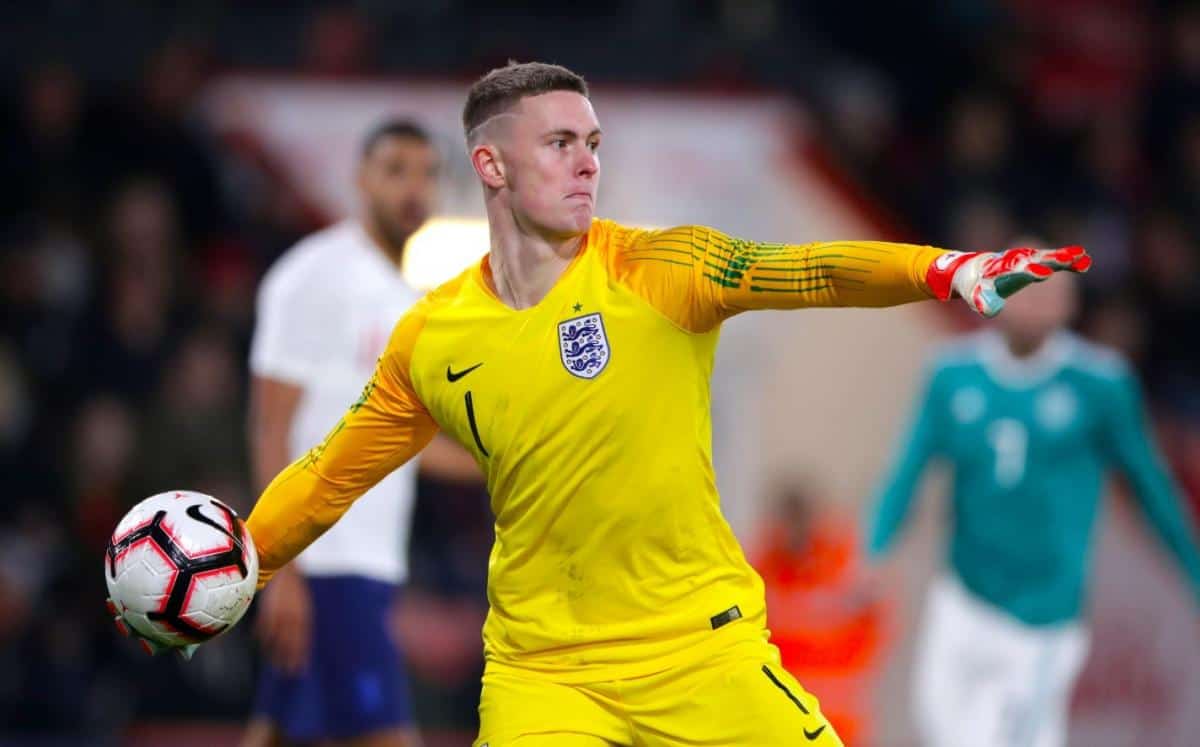 EURO 2020: Dean Henderson has been replaced by Sheffield United goalkeeper Aaron Ramsdale in the England squad

Dean Henderson was at the substitute bench on Sunday match England vs Croatia, where England defeated Croatia by 1-0.

Dean Henderson’s first Premier League debut was in 2019 with Sheffield United. Dean Henderson made his debut in 2020 in the third round of the EFL Cup for Manchester United against Luton Town.

However, Dean Henderson has now withdrawn his name from the list of England’s Euro 2020 squad due to a hip issue. He has been replaced by current Sheffield United goalkeeper Aaron Ramsdale.

“Henderson withdraws with a hip issue that would continue to limit his involvement in training throughout the tournament.”

“Under UEFA regulations, squads are permitted to replace goalkeepers on medical grounds at any stage.”

“The Manchester United goalkeeper will now return to his club for further assessment and rehabilitation ahead of the 2021-22 season.”

“Ramsdale was originally a member of Gareth Southgate’s pre-tournament group in Middlesbrough having played for England at this year’s UEFA U21 EURO in Slovenia in March.”

“The Sheffield United player, a 2017 UEFA U19 EURO winner, will now follow standard COVID-19 testing protocol before entering the camp.”