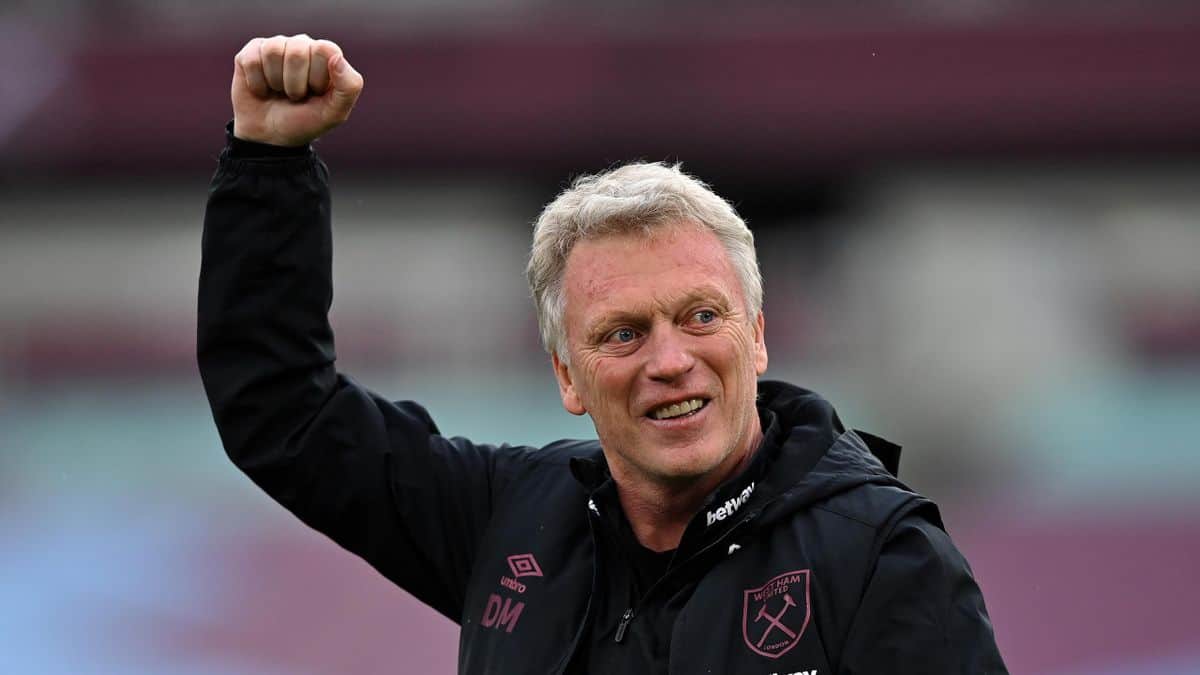 David Moyes has done a wonderful job at West Ham. Despite narrowly escaping relegation in his first season, he has earned a European place in his second season in charge. The Hammers finished the season in 6th place and will now play Europa League next season.

The 48-year-old is currently in his second spell at the London Stadium, after he returned to east London in December 2019 to replace Manuel Pellegrini.

West Ham released an official statement after the announcement.

“I am delighted to have committed my future to West Ham United,” said Moyes, who ranks fourth all-time in Premier League matches managed with 583, behind only Arsène Wenger, Sir Alex Ferguson and former West Ham boss Harry Redknapp.

“This is where I want to be and I’m happy. I’m excited to be given this opportunity to build on what we all have already achieved here. The owners and I are fully aligned with how we want to keep developing and improving the football club.

“The Board and everyone at the Club have been fantastic to work with, giving me great support and I feel that we are all united in what we want to achieve in the coming years and how we might be able to achieve those things.”

Moyes added: “We have made tremendous progress in the past 15 months and that has been a collective effort from everyone at the Club. The players really have been superb but the challenge is for our standards to continue developing. We must keep pushing boundaries for consistent improvement as we all aim to continue the growing of the Club.

“I have said it many times before – West Ham United is a huge Club, with a wonderful fanbase and Stadium, and an enormous opportunity for further growth and success. I am really excited by the ambition that we have at the Club and we are going to work as hard as we possibly can to keep moving forward and hopefully give our supporters many a great memory.”

Joint-Chairmen David Sullivan and David Gold said: “This is fantastic news and we are delighted that David has committed his long-term future to the Club, ensuring great stability going forward. His strong work ethic and determination to build success in the right way have proved a perfect fit for West Ham United, and we are all aligned with what needs to be done to keep progressing and improving. The experience of the past 12 months has created a fantastic unity throughout the Club and we are very excited about what the future holds for our supporters.”

Previous article
Haseen Dillruba: Everything you need to know about from its cast to release date
Next article
EURO 2020: Twitter reacts as Christian Eriksen collapses on the field during Denmark vs Finland match, which has now been suspended