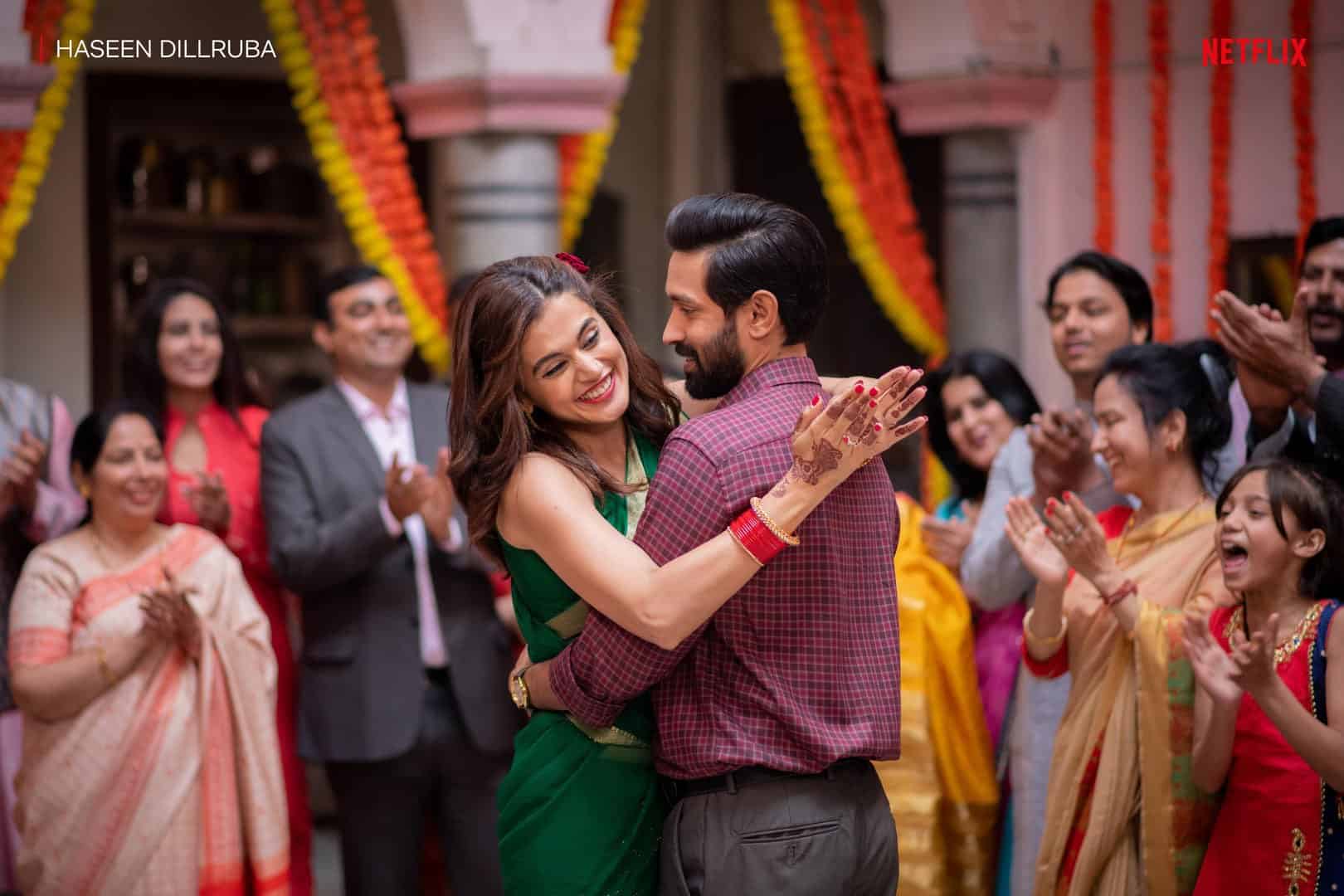 Haseen Dillruba: Everything you need to know about from its cast to release date

Haseen Dillruba is a mystery-thriller-based upcoming movie. It is directed by Vinil Mathew and produced by Aanand L. Rai, Himanshu Sharma, Bhushan Kumar, Krishan Kumar. It is written by Kanika Dhillon.

It is a story of a love triangle and murder mystery that revolves around Rani, Rishabh his husband, and her lover Neel Tripathi.

Trailer and its Synopsis

The Trailer was released on Friday 11th June 2021. The trailer produces us a murder mystery and a nail-biting storyline. The trailer firstly makes us introduce to the three main characters of the movie- Rani, Rishabh, and Neel Tripathi who appears to have a love triangle. She gets married to Rishabh, a small-town guy who has fallen in love with her at first sight. The trailer starts with Rani telling that she loves the murder-mystery genre of books and Dinesh Tripathi is her favorite writer.

Although his husband tries all means to make her newlywed bride still Rani finds that some passionate streak is missing in their marriage.

Shortly, the story turns 360 with the murder of Rishabh in a blast. Rishabh’s death has made his hometown shaken and shirred. Rani was suspected as a murderer and then it was followed by an interrogation. The interrogation helps to find out that she has a secret relationship with Neel Tripathi.

She is very brilliant and with her cold gaze, she gave sharp responses to the investigating officer’s queries. Everyone thinks that Rani is the one who murdered her husband but it seems there’s more to the story and this makes it very interesting and unique from other movies.

Reactions and responses from the main casts

Here we present the reactions and the responses about the character which the main cast plays:

In a statement, Taapsee said, “Haseen Dilruba was a film I had a very strong gut feeling about the day I heard the basic idea from Kanika. Unfortunately, I wasn’t the first choice for the film and it came to me after all their options were exhausted. The good old saying that, if it’s meant for you it will come to you stands true for this case. It’s not just a beautifully written mystery, it has such wonderful characters involved which is candy in an actor’s hands. I am glad I got to experiment with my look and performance with this one because I am definitely not the go-to person for this kind of character conventionally and we all love to take risks here.”

Vikrant Massey is portraying the character of Taapsee’s husband and can be seen in different shades as he moves from being an innocent and loving husband to an obsessive one who gets her name inked on his wrist. “’ Haseen Dilruba’ is the perfect mix of humor, quirk, revenge, and romance. I hope it surprises the audience as much as it surprised me when I heard it first. It was an enthralling experience shooting for it. Let us all watch the mysteries unravel themselves and learn important life lessons from our beloved Pandit Ji,” he said in a statement.

Harshvardhan Rane plays a pivotal character in the film who seems to be having an affair with a married woman and gets tangled in the murder of her husband. Harshvardhan said in a statement, “I am honored to be in the same frame with some of our country’s finest talent. Taapsee and Vikrant have one thing in common, I could never make out if they were joking or if they were serious. I always had to look for tiny nuances to understand the pretext. Working on ‘Haseen Dilruba’ also gave me a chance to associate with the best filmmakers, like Aanand L Rai sir, Vinil sir, and Kanika ma’am. I was blown away with the script, a classic whodunit that will keep you guessing until the very end.”

Haseen Dillruba is going to release on a US-based OTT platform named Netflix on 2nd July 2021. The film was supposed to be released in September 2020 in the theatres, but due to the Covid-19 pandemic situation, the release date had to be postponed.

Previous article
Maharani: Everything you need to know about the web series on Sony Liv from its synopsis, cast, responses, and many more details.
Next article
West Ham United announce a new three-year contract with David Moyes