FIFA 21 – Festival Of Futball: Player overall will increase with each of his country’s win in Euro 2020 or Copa America 2021 tournaments 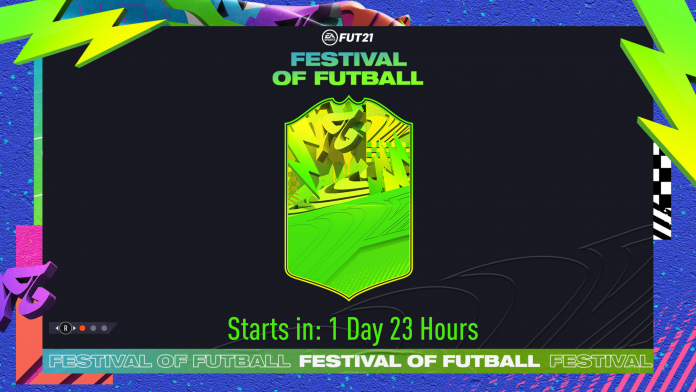 EA Sports will be releasing the Festival Of Futball promo in FIFA 21 tonight. It seems to be the unofficial event for UEFA Euro 2020 as Konami and PES 2021 has the official and exclusive right for the tournament.

The Festival Of Futball promo will run parallel to the Euro 2020 tournament, just like it was in FIFA 16. The Copa America 2021 will also be held this month, so it will also be included in the promo. The players in this promo will be featured based on their performances for their international teams in the upcoming tournaments.

The most interesting part about this promo is that the player overall will increase with each of his country’s win in Euro 2020 or Copa America 2021 tournaments.

A player will have a specific overall decided by EA Sports when they will be launched in the FIFA 21 Festival of FUtball promo. After the release, his initial overall will be increased by the following things:

EA Sports has already given three big hints ahead of the official release of the promo. Check out my other article for the hints.

Rahul Roy
Previous articleIOA president confirms all the Indian athletes will be fully vaccinated before going to the Tokyo Olympic Games 2021
Next articleShikhar Dhawan to lead India, in their tour of Sri Lanka
Share
Facebook
Twitter
Pinterest
WhatsApp
- Advertisement -