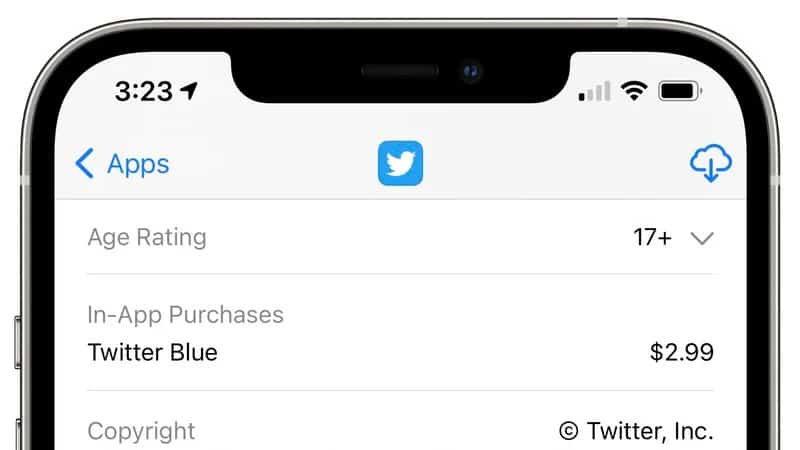 Twitter is introducing a new subscription service to their existing social media platform that could really excite you. This has mistakenly confirmed by Twitter as its plans to bring this new subscription tier called “Twitter Blue” because of the new purchase option now listed in the iOS App Store.

So, the “Twitter Blue” subscription will be priced at $2.99 a month, though the feature might not be live in the iOS app at the moment.

This was originally discovered by Jane Manchun Wong, who also previously shared important details on Twitter Blue found buried in the Twitter for iOS code.

Later, the whole features, price and much has been shared, which confirms Twitter is launching its new subscription service pretty soon.

So, Twitter Blue will enable you to “Undo Tweet” and let you hold a tweet for a scheduled time span before sending it out so you can choose to undo it. The new “Reader Mode,” on the other hand, makes it easier to read long threads.

Well, with Twitter Blue, “Blue” won’t be the only color theme as now you can choose multiple color themes and Twitter logo in various colors. Then there’s a Collections feature that lets you save and organizing favorite tweets to make them easier to find in future.

No one still has any idea when Twitter Blue will become available, however, as its now in more of a testing phase, you could soon expect an official announcement from Twitter.

Previous articleFriends: The Reunion – How to watch it, and is it worth the hype?
Next articleIbrahima Konate excited after signing for Liverpool