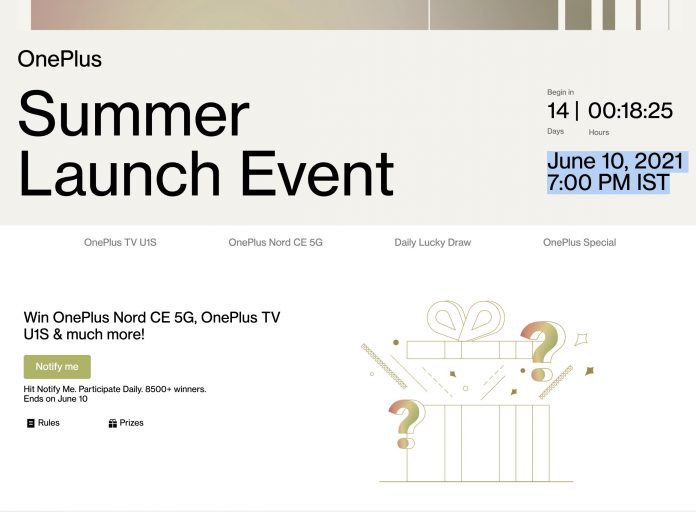 Earlier today the launch date of the smartphone was a mystery but by the evening we saw the company revealed both the official name and the launch date. The launch event is scheduled at 7 PM IST on 10th June.

There seems to be no pre-ordering arranged for the OnePlus U series U1S TV and the open sale of the OnePlus TV U Series U1S will start on June 11. These timestamps have been teased on the OnePlus official website. We are yet to get more details about the upcoming smart TV ahead of the launch.

As revealed by TechRadar, OnePlus Nord CE 5G will be joined by another smartphone named OnePlus Nord N200 5G. The latter will be an exclusive device for the US and Canada and will not tag along in the 10th June Summer Event and we will have to wait a touch longer to hear more about the handset. Apart from this, the OnePlus Nord CE 5G is expected to come with the Snapdragon 480 chipset.