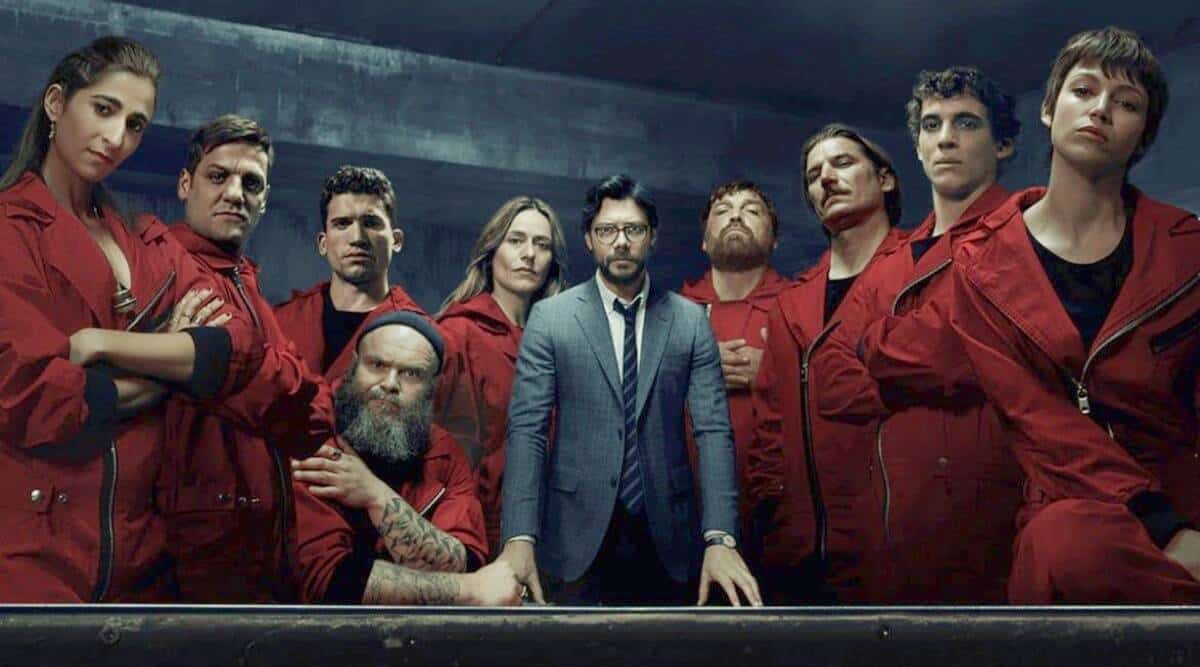 Money Heist (Season 5): The official release date has been confirmed by Netflix with a powerpack teaser

Money Heist Season 5 teaser has made a reach to the audience on a different level. It makes the audience more excited. In the teaser, the production house beautifully shows us the emotion of every gang member in slow-motion, each one of them is fighting to defend a personal loss.
Money Heist Season 5 teaser proves that it is not only a season of heist anymore it is war. The gang members did not forget the sacrifice of Nairobi, which is beyond robbery. They will be back with more power, aggression, and anger to defend all of them. And all this is set to tunes of Linkin Park’s “In the End” and not “Bella Ciao”.

Alex Pina, the creator of the series, has answered that why this will be aired in two volumes. He said, “When we began to write Part 5 in the midst of the pandemic, we felt that we had to change what was expected from the ten-episode season and used every tool we could to create the sensation of a season finale or series finale in the first volume itself. We decided to work in an extremely aggressive genre, putting The Gang on the ropes. In volume 2, we focus more on the emotional situation of the characters. It is a journey across their sentimental map that connects us directly to their departure.”

Previously we said that it was heard that the wrap-up of the filming of the final season was made in January 2021, but that’s not true. Recently it gets confirmed that officially the filming wrapped up on 14th May 2021. “What started as a heist ended as a family. It’s a wrap on Part 5 of La Casa de Papel/Money Heist. Thank you to all the fans for being part of La Resistencia (the resistance)! We can’t wait to show you how this story ends,” Netflix wrote in its post.

Expectations from the season after watching the teaser

Teaser itself gave a heart-thumping reaction to the audience. In this teaser, there’s a lot of action. The army is inside the bank and continues to attack in order to force the gang to surrender, but they did not. They continue to fight. While the members make their way through The Bank of Spain. The professor was outside managing from there, but in a second’s blink, the Professor was found to be tied to a chair’s hint, assuming that Alicia Sierra has managed to overpower him.

This season is going to be the ultimate one. It will surpass all the expectations of the audience. Above the teaser, we can only say that we will experience a brilliant escape. Audiences are waiting to see how they will escape by melting the gold into tiny balls and how all the gang members reunite with the Professor, and how they led their life afterward when their identities were revealed.

Previous articlePixel Buds displaying remaining battery life in hours on Android 12
Next articleMarvel’s Eternal: Cast, Teaser, Release date and everything you should know