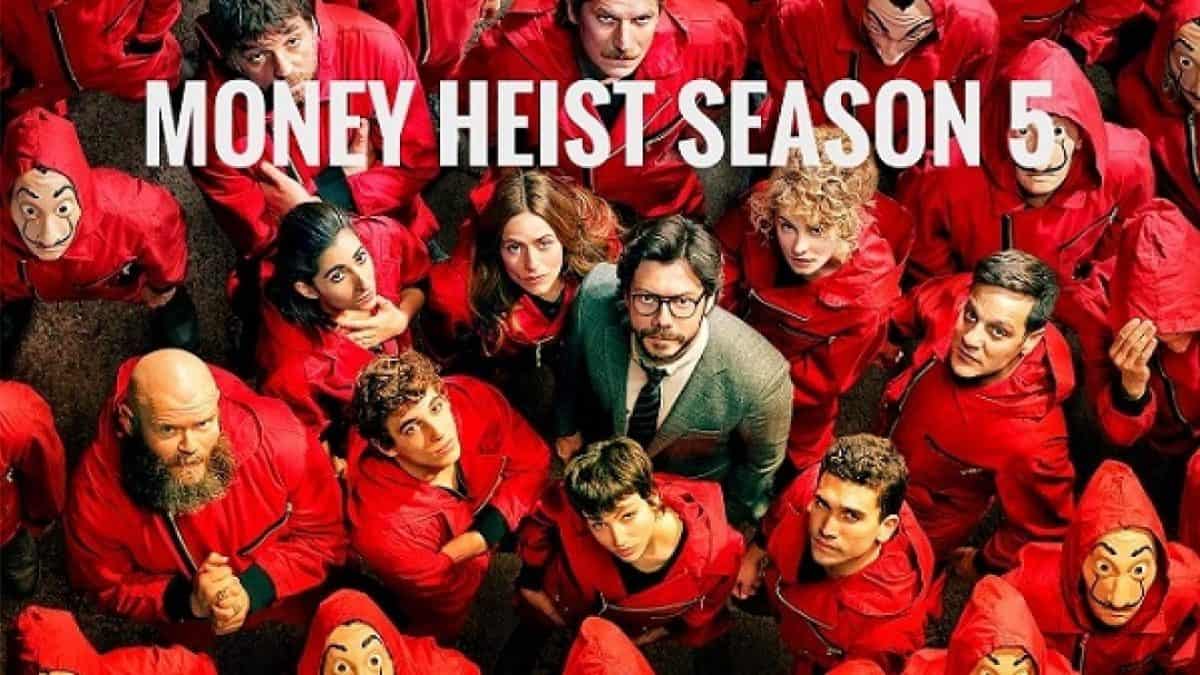 Money Heist Season 5 filming finished: Expected release date and what can you expect from the final season?

Netflix’s Blockbuster hit Spanish web series “Money Heist” has recently ended its filming production for the fifth and final season. It started the production of its eight-episode final season in August 2020, after the premiere of its fourth season. It was created by ‘Alex Pina’, the Spanish title of the show is ‘La Casa De Papel’.

The production house has confirmed and announced the news of the pack-up of the filming production in a post on Twitter by sharing a snap of the main cast and crew from the sets of its filming.

Netflix also tweeted, “What started as a heist ended as a family. It’s a wrap on Part 5 of ‘La Casa de Papel’ or ‘Money Heist’. Thank you to all the fans for being part of La Resistencia! We can’t wait to show you how this story ends”.

Netflix has not yet officially confirmed the date of release until now, but the Production house has confirmed that it will release in the second half of 2021 in its recent letters to shareholders. We think it will be released on Netflix in September or October 2021. They have also said they will soon confirm the days within a month or two.

Netflix hasn’t released any teaser still now, but there are small expectations that every audience can think that it will happen like this. On the basis of that, some ideas have come forward. In the last season, they left us with many loose ends that where the new season will try to meet the ends.

Previous article
FIFA 21 – Icon Swaps 3: What do you get from 83+ x25 players SBC and is it worth grinding the Icon Swaps 3 players?
Next article
China’s Spacecraft has successfully landed on Mars