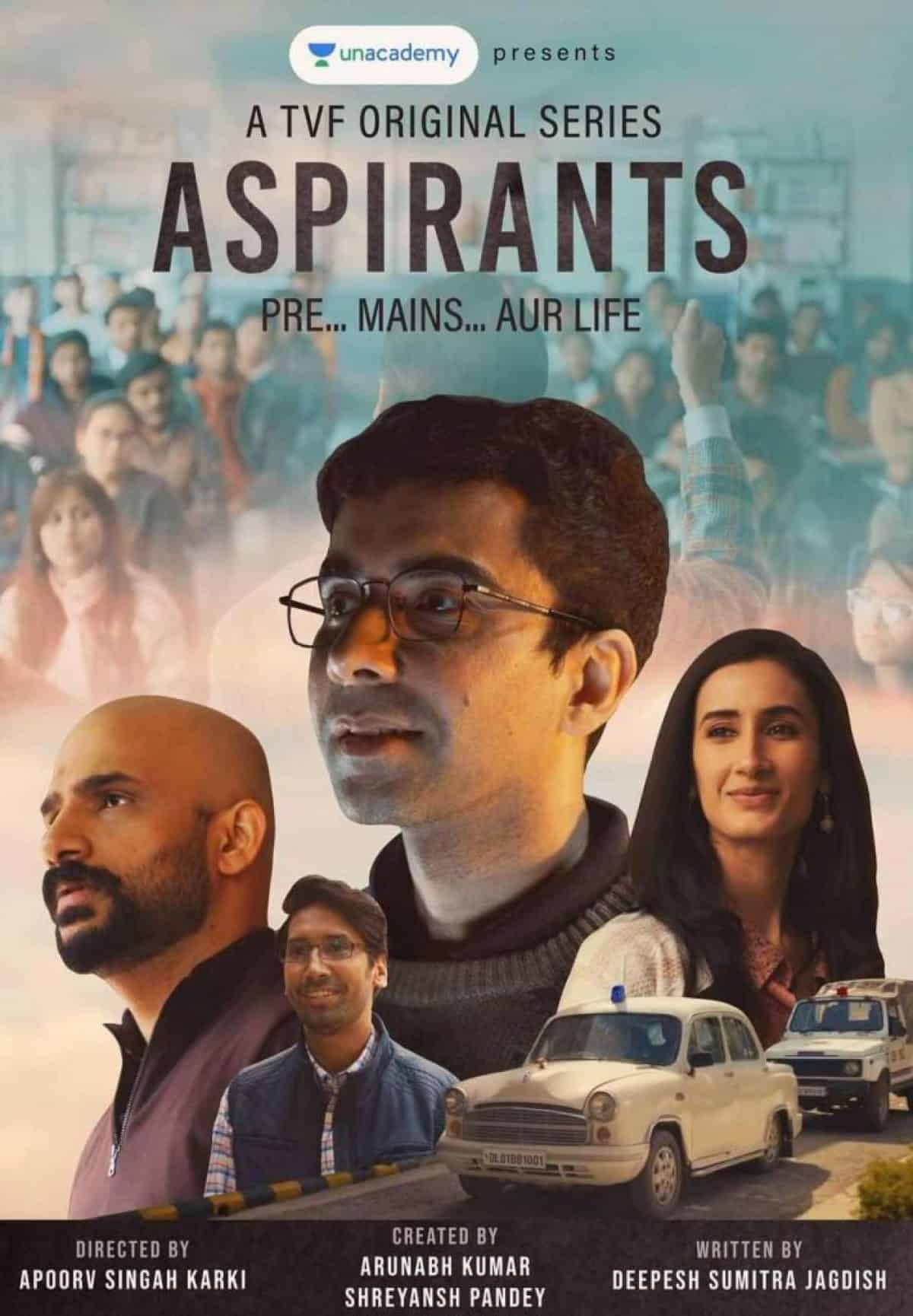 The OTT platform named The Viral Fever, abbreviated as TVF, has become sensational among people in recent few days due to its blockbuster hit web series named, Aspirants. It was released on 7th April 2021. This series consists of 5 episodes. The season finale was aired on 8th May 2021. It has targeted the public at large due to its inspirational and practical storyline, which inspires many students in their real life.

TVF has made all the impossible things possible with its creativity. It celebrates real life’s harsh struggle in such a magnificent where Bollywood fails in front of them. TVF Aspirants is one of the brilliant web series which holds a special place in the audience’s heart. The season finale was absolutely mesmerizing.

This series is all about UPSC aspirants who struggle to became IAS. This story revolves around 3 friends who were from different backgrounds who came to Old Rajender Nagar, Delhi, for UPSC preparation. It shows us the struggle of survival for rooms, dreams, anxiety, as well as working for the country.

In this list, here we present some older shows for your next binge-watch from different platforms, which are equally heartwarming and the audience would like to watch these similar types of web series.

It is the first black and white web series. This series is another masterpiece of TVF. This series shows us the struggle of IIT aspirants which was faced by them in their day-to-day life. It is focused on the life of Vaibhav played by Mayur More, who came to Kota for preparations for the entrance exam of IIT. Jitendra Kumar plays the role of “Jeetu bhaiya”, which was very inspirational whose guidance helps Vaibhav a lot and changed his life forever.

It is a comedy-drama web series. In this series, an Engineering graduate due to lack of better jobs became secretary of the village panchayat office in Uttar Pradesh. It is also quite similar to that of the previous two series. It also shows us the struggle of an Engineering graduate who became a panchayat secretary in the village but he was still studying for an MBA for having better and joyful life and to get rid of the old remote village’s lifestyle and enjoy life.

This web series is all about 4 friends Naveen Bansal, Jitendra “Jitu” Maheshwari, Yogendra “Yogi” Kumar, and Saurabh Mandal. In this series, they discover that they are not meant for routine jobs and they are not satisfied with them so the 4 friends decided to start up a new company. This series shows us the practical life where they struggle to build up their new company and want to secure their future after quitting their jobs.

It narrates the struggle of people who dares to fight against all odds which came across their path. In the first season, the story revolves around a teenager who tries to go through the path which his father chooses for him. He actually wants to be a stand-up comedian and became an internet sensation but his father put him into coaching for IIT aspirants.
In the second season, it talks about a doctor and her struggle to make the villagers believe in the importance of health care services.

This web series is slightly different from the other and more exciting as it not only relates to the study struggle only but also shows us the misadventure which all the college-goers do. It is a refreshing change for the viewers. It shows us the struggle of Engineering students as a girl only and the adventures revolves around it.