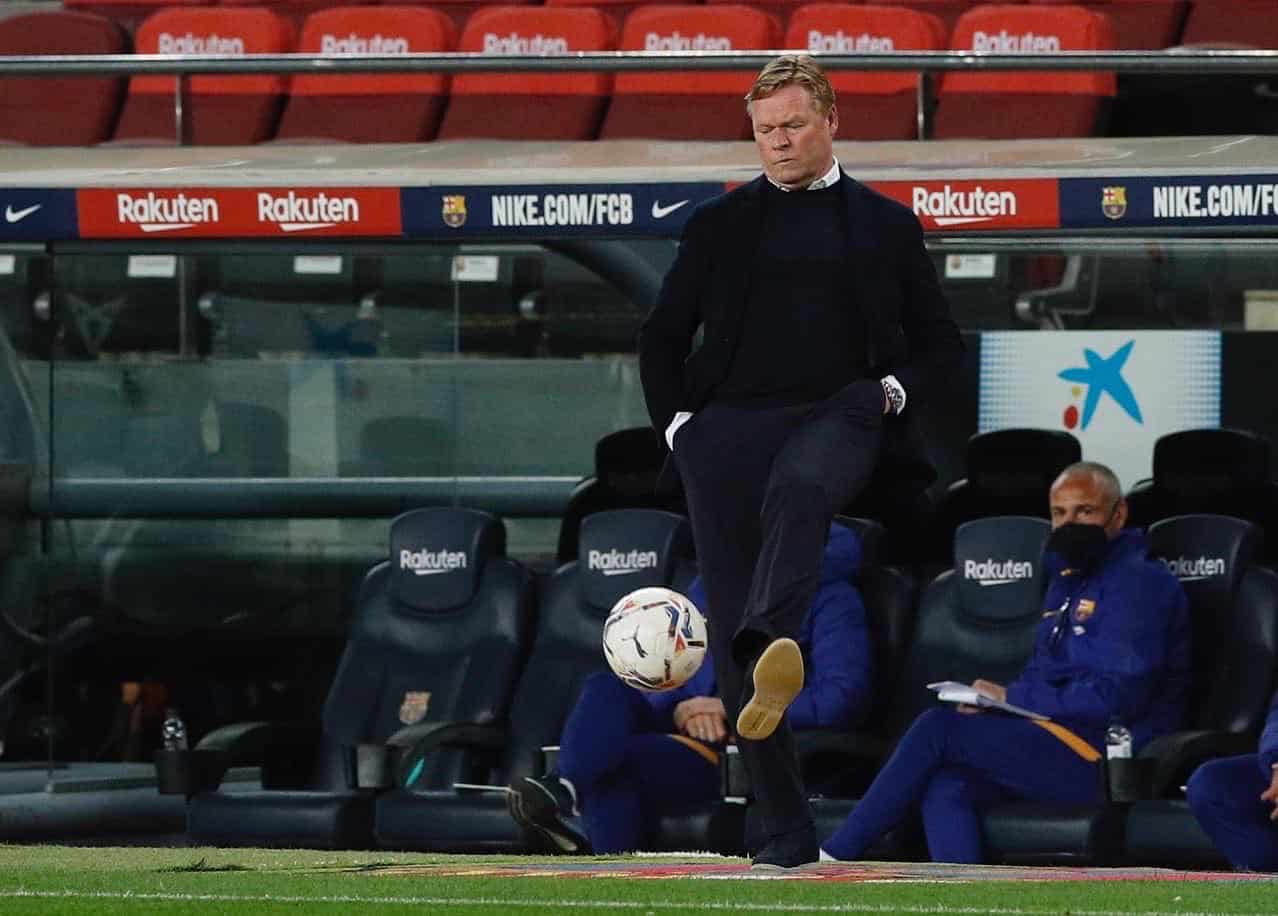 Barcelona fans show their frustration against Koeman after drawing to Levante

The Blaugranas have faced many emotions and drama in a season, from entire coaching staff getting sacked to Lionel Messi’s burofax to leave the club or Bartomeu stepping down to an exceptional comeback into the LaLiga. Well, this has been a difficult season so far. Still, Barcelona won the Copa del Rey but missed a golden opportunity to win the LaLiga by back to back setbacks after the international break in March.

Even though Ronald Koeman has made the team a lot better than last season, but Barcelona is not at an elite level as it should be, and even fans know where it’s going wrong, but the Dutch coach isn’t bothered.

Even though Barcelona had the amazing year 2021 in LaLiga with back-to-back wins but against big teams or big opportunities like against Juventus and PSG in the Champions League, Athletic club in Super Cup, Granada, Real Madrid or Athletico Madrid in LaLiga, they have failed to deliver the best. It’s not a problem of players but the individual decisions taken by Koeman and the worst tactical choices he has made.

Playing Samuel Umtiti in a crucial match against Granada or playing Pedri every match even though he clearly looks tired or playing the exact squad that lost to Bayern last year against PSG or misusing subs on a bench, or bringing on wrong players at the wrong time, Koeman has done a lot of things wrong which fans are frustrated of.

Barcelona fans are sick of Koeman’s mistakes, and when you are in an elite club like Barcelona, these mistakes can cost your job as well. Replacing Ronald Araujo, a strong centre back with Sergio Roberto just makes no sense at all. When you are setting goals from the opponent, you bring Riqui Puig to rescue for just a few minutes, still holding a personal grudge against the youngster.

So, fans have taken Twitter to burst against Koeman and criticize his decisions:

What do you think about Koeman’s decisions? Let us know in the comments down below…😎