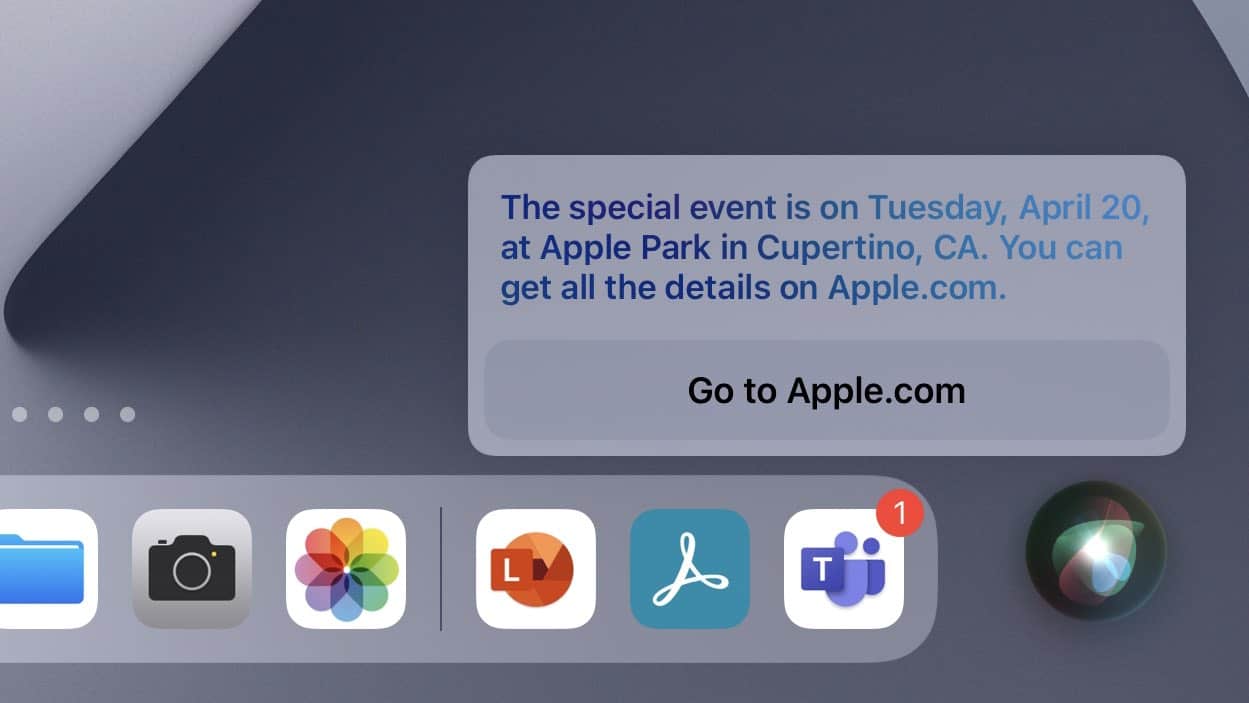 Siri revealed the next Apple Special Event’s information including Date

Everyone is looking forward to the next Apple Event where the tech giant will launch some of the most awaited gadgets of the year. This time it is not a rumor but someone or something official spilled the beans and people are going crazy over it. Yes, we are talking about Siri, Apple’s AI voice assistant. Siri revealed that the next Apple Special Event will be held on April 20 at Apple Park in Cupertino, C.A. Siri also added we can get all the information on Apple.com.

But surprisingly, if we go to the link provided by Siri, it opens to the old Apple Event page and which reveals nothing. The Apple Event page has most of the previous Apple event information for their particular dates. Nothing on the page reveals about the upcoming Apple Special Event. The video we have shared shows how you can ask Siri about the next Apple Event.

Some expected products are Apple iPad Pro and possibly a new Apple iMac along with Apple AirTags. Though there is less chance of that because Apple might have sent some invites until now, it seems nothing like that is happening. But some speculates that it is not a press release launch but an event. We are clearly not sure about the launches neither if this event will take place in the first place nor not.